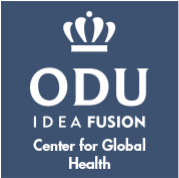 Well-Being and Mental Health Impact of Household Flooding in Guyana, the Caribbean

Guyana has annually experienced excessive rainfall and flooding since 2005. This study investigated the general well-being and mental health problems among occupants of households affected by the December 2008 flooding in Guyana. A cross-sectional study design was used to administer validated questionnaires, which included sections on demographics, environmental exposure, general health, and personal behavior. The response rate to the survey was 70% (130/185). The findings indicate an increased self-reported poor health for study participants who smelled moldy odors inside of their home (OR: 4.1, 95% CI: 2.0‐12.0) and for individuals who had mold or mildew inside of their homes (OR: 3.0, 95% CI: 1.2‐7.5). Individuals whose homes had flooded previously were also shown to be slightly more at risk for experiencing diminished interest in daily activities (OR: 1.3, 95% CI: 0.5‐2.9) as well as diminished involvement in social activities (OR: 1.9, 95% CI: 0.7‐4.8). Also, participants who had their houses previously flooded reported an increased difficulty in concentrating (OR: 2.4, 95% CI: 0.9‐6.4). Flooding might be a possible risk factor for well-being and mental health problems among the occupants of affected households.

Reprinted with permission. The Marine Technology Society is a not-for-profit, international, professional association. Founded in 1963, the Society believes that the advancement of marine technology and the productive, sustainable use of the oceans depend upon the active exchange of ideas between government, industry and academia. See www.mtsociety.org.