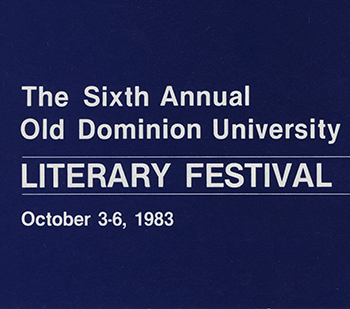 In 1978 William Least Heat Moon put a sleeping bag and blanket into the back of his Ford van and drove over fourteen thousand miles down the back roads of America. The result of his journey was Blue Highways, a marvelous book that has received not only popular success—since its publication eight months ago it's been a natIonwide best seller—but also critical acclaim. Robert Penn Warren hailed it as "a masterpiece," and added, "Least Heat Moon has a genius for finding people who have not even found themselves, exploring their lives, capturing their language, recreating little (or big) lost worlds. In short, he makes America seem new, in a very special way." N. Scott Momaday wrote, "If you would like to know who and what America is at the center, read Blue Highways. This is what we, as a people, are about." Anatole Broyard remarked, "The book is wonderful. On finishing it, one can be forgiven a little flush of national pride." On Tuesday afternoon Least Heat Moon will talk informally, and that evening he will read from his nonfiction. On both occasions he will answer questions from the audience.