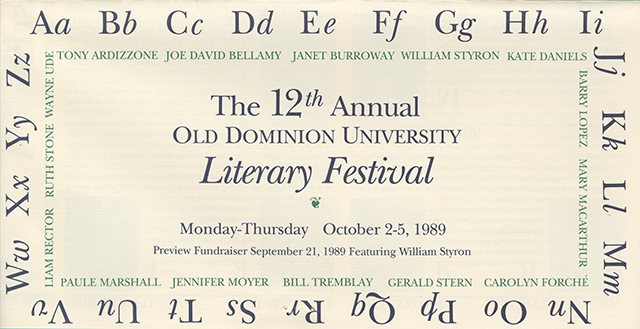 Gerald Stern's most recent book of poems is Lovesick, 1987. His other books include Paradise Poems, 1984; The Red Coal, 1981; Lucky Life, 1977; and Rejoicing: Poems 1966-1972, 1984. He has completed an edition of his selected poems and also a collection of essays, both to be published by Harper & Row. He teaches at the Iowa Writers' Workshop and is a member of the Associated Writing Programs Board of Directors.

Gerald Stern read from his poetry at 3 p.m. on Thursday, October 5, in the Newport News Room of Webb Center.