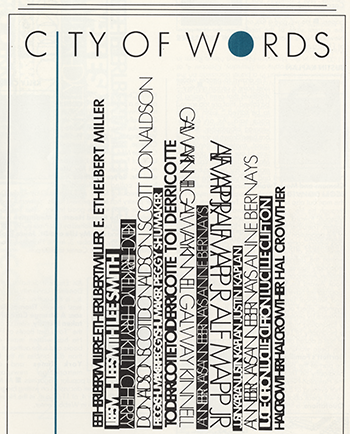 Lee Smith has been mentioned as the heir to Carson McCullers, Harper Lee, Flannery O'Connor, and Eudora Welty in the tradition of sharply ironic Southern humor, with a keen eye for an oddity in character or community. Smith, who was born and raised in Virginia and now resides in Chapel Hill, North Carolina, is proof of Flannery O'Connor's statement, "All great writing is regional writing." Smith is the author of nine books which have been critical and popular successes. Twice winner of the O'Henry Award for short fiction she has also received the John Dos Pasos Award for Literature, the Sir Walter Raleigh Award, and the North Carolina Award for Fiction. Annie Dillard has called her "the best of the younger generation of Southern writers," and with each successive novel she has laid better claim to that title. Among her books are The Last Day the Dogbushes Bloomed (1968) Black Mountain Breakdown (1981), Oral History (1983), Family Linen (1985), and Fair and Tender Ladies (1989).

Lee Smith read from her fiction on October 2 at 8:00 p.m. in Mills Godwin Auditorium.