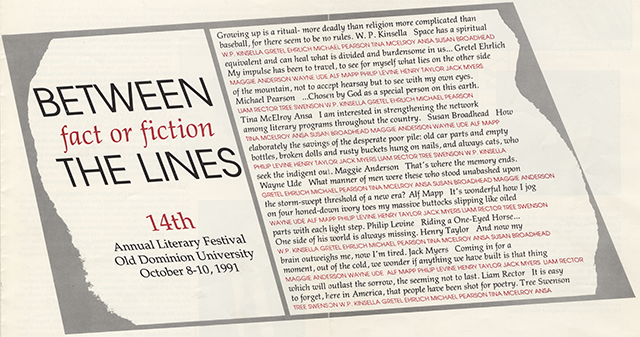 W.P. Kinsella has published 15 books and over 200 short stories, but he is best known for his award-winning novel Shoeless Joe, which was made into the highly praised film Field of Dreams. The New York Times has said that his work "defines a world in which magic and reality combine to make us laugh and think about the perceptions we take for granted." His life, like his fiction, seems to have an element of magic to it. Kinsella writes primarily about baseball (The Thrill of the Grass and The Iowa Baseball Confederacy) and Indians (The Moccasin Telegraph and The Fencepost Chronicle), but he is quick to point out that he is neither an Indian nor a baseball player. He grew up in Canada, an only child, in almost total isolation on a farm in Northern Alberta. He did not attend school until fifth grade, studying at home by correspondence. Having no playmates, he created fictional friends and wrote about them from age six on. He worked at a series of jobs-clerk, insurance investigator, restaurateur--until he eventually went back to school and received a BA. in Creative Writing at age 39. Shortly before his forty-second birthday his first book, Dance Me Outside, was published. At the age of 45, with the publication of Shoeless Joe, its reception of the prestigious Houghton Mifflin Literary Fellowship, and its widespread praise, Kinsella had arrived. As he said, "I beat my head against the walls of North American literature for twenty years to become an overnight sensation." Kinsella's compassionate and funny stories appeal to critics and audiences alike. According to the Village Voice, "Kinsella's style functions to get you some place, not just point at itself. He has learned from Twain, has studied Hemingway. The talent that lifts up off these pages is special." Kinsella is a romantic, a humanist, a poet, and as Elspeth Cameron has said, "He is simply irresistible." W.P. Kinsella will give the 1991 Benefit Reading for the Festival on Wednesday, October 9, at 8 p.m. in Mills Godwin Auditorium. Admission is $7, $3 for students.

Kinsella will read for The Fourteenth Annual Literary Festival Benefit Reading for his novel Shoeless Joe on Wednesday, October 9th, 1991 at 8:00 p.m. in the Mills Godwin, Jr, Life Sciences Building.