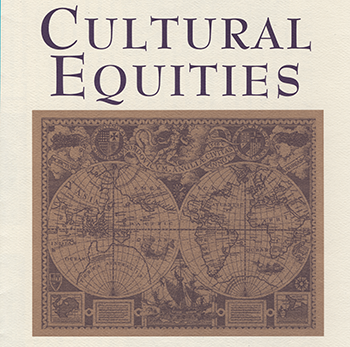 When the Swedish Academy awarded Derek Walcott the Nobel Prize for Literature in 1992, it cited his "poetic oeuvre of great luminosity, sustained by historical vision" and his "multicultural commitment," adding that in Walcott "West Indian culture has found its great poet." Born in 1930 in the town of Castries on the island of St. Lucia, a former British colony in the Lesser Antilles, Mr. Walcott attended the University of the West Indies, in Jamaica. In 1957, he was awarded a Rockefeller Grant to study the American theater, and he went on to found the Trinidad Theatre Workshop and to have his plays produced by the Royal Shakespeare Company, the New York Shakespeare Festival, the Mark Taper Forum in Los Angeles and the Negro Ensemble Company. His plays include Dream on Monkey Mountain, The Joker of Seville, O Babylon!, Remembrance, Pantomime and The Odyssey, which has its American premiere at the Arena Stage in Washington D.C. this month. But it is Mr. Walcott’s poetry and its fierce loyalty to the English language that has earned him the Guinness Award, a Royal Society of Literature Award, a five-year fellowship from the John D. and Catherine T. MacArthur Foundation, The Queen’s Medal and the Nobel Prize. His many books include The Gulf, Another Life, Sea Grapes, The Star-Apple Kingdom, The Fortunate Traveller, Midsummer, Collected Poems 1948-1984, The Arkansas Testament, Omeros and The Antilles: Fragments of Epic Memory, his Nobel Lecture. His Poetry fuses the classics, folklore and history, combining the vernacular and the grand manner. Mr. Walcott, who has taught at Columbia, Rutgers, Yale, Harvard, Princeton and Boston University, has said that "all the races of the world" are represented in the Caribbean, giving a "tremendous possibility of an example of unity." Also an accomplished visual artist, he now divides his time between St. Lucia and Boston.

Derek Walcott, Nobel Prize winner for Literature, read at the Literary Festival Fund Raiser Poetry Reading. The event took place on Monday, October 3rd at 8 p.m. in Room 102 of the Mills Goldwin building at Old Dominion University. Donations were $10.00 and $5.00 for students.