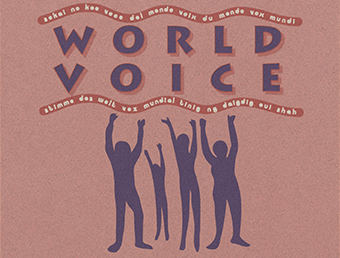 Poet Agha Shahid Ali teaches in the M.F.A. Creative Writing Program at the University of Massachusetts, Amherst. His six collections of poetry include A Nostalgist’s Map of America, The Half Inch Himalayas, A Walk Through the Yellow Pages and The Beloved Witness: Selected Poems. He has also translated The Rebel’s Silhouette, a selection of poems by Faiz Ahmed Faiz as well as the author of T. S. Eliot as Editor. His poems appear regularly in journals such as Antioch Review, Chelsea, Denver Quarterly, Field, Grand Street, Paris Review Poetry, TriQuarterly and Yale Review. He has won fellowships from the Pennsylvania Council on the Arts, the Ingram-Merril Foundation, the Bread Loaf Writers’ Conference and the New York Foundation for the Art. His recent — as yet uncollected — poems focus on the current turmoil in Kashmir, where he is from originally and where he spends his summers.

Ali read on Wednesday, October 5, 1995 at the Chandler Hall, Diehn Fine and Performing Arts Center in Norfolk, Virginia at 3 p.m.

Agha Shahid Ali also participated in a Panel Discussion “When Political Struggle in Literature Stops Being Literature” on Tuesday, October 3 at 3 p.m. in the River Rooms at Webb Center. Other panelists included Quraysh Ali and Eavan Boland. The panel was moderated by Dana Heller.