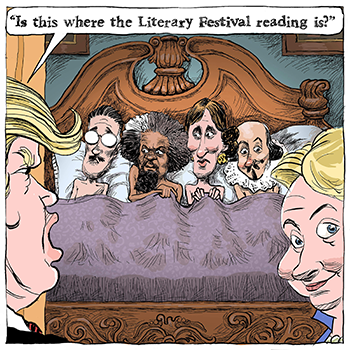 Azar Nafisi is the author of numerous books including Reading Lolita in Tehran: A Memoir in Books, which has been translated in 32 languages; Anti-Terra: A Critical Study of Vladimir Nabokov’s Novels; and The Republic of Imagination: America in Three Books. Her work has been published in The New York Times, The Washington Post, and New Republic. She has received many literary and humanitarian awards including the Prix du Meilleur Livre Étranger; an American Immigration Law Foundation achievement award; a Persian Golden Lioness Award for Literature from the World Academy of Arts, Literature, and Media; and a Cristóbal Gabarrón Foundation International Thought and Humanities Award. She currently is a visiting fellow at the Foreign Policy Institute of Johns Hopkins University in Washington, DC.