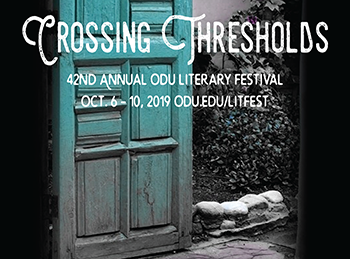 Philip Raisor has published seven books, most recently the chapbooks In the Instant After (2018) and Early Morning Koffee Klatch at the Egg‘n Hash Sitdown (2019). Outside Shooter: A Memoir (2003) and Headhunting and Other Sports Poems (2014) were influenced by the civil rights and anti-war movements of the 1960s. His collection, Swimming in the Shallow End (2013), was nominated for the Poet’s Prize, and Hoosiers the Poems (2013) won the Palooka Press Chapbook Prize. His edited volume of essays on W.D. Snodgrass was published in 1999. Raisor’s literary work has appeared in Southern Review, Sewanee Review, Prairie Schooner, Poetry East, Aethlon, Chautauqua, Poet Lore, The Writer’s Chronicle, and elsewhere. He taught at Louisiana State, Kent State and Old Dominion universities, and now lives in Virginia Beach.

Philip Raisor read from Headhunting and Other Sports Poems on Thursday, October 10, at 4 p.m. in the University Theatre. Renee Olander also read as part of this event.