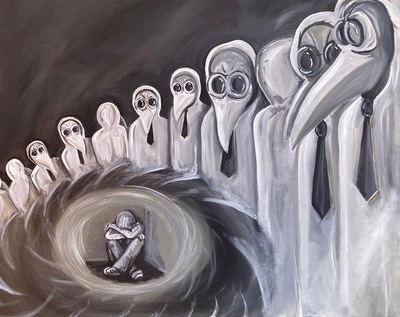 “Rock Bottom” - Some doctors still tried to figure out what was going on with me, while others gave up. I had completely lost myself and all color was drained from my world. All my artistic ability was sucked out of me. I wanted it to be over. I was done.