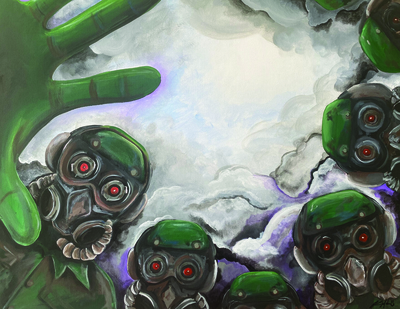 “The Beginning” - Imagine waking up to this. I woke up lying on the flight line confused, in extreme pain, and was unable to move anything. This was the beginning of a horrific journey I literally fell into.