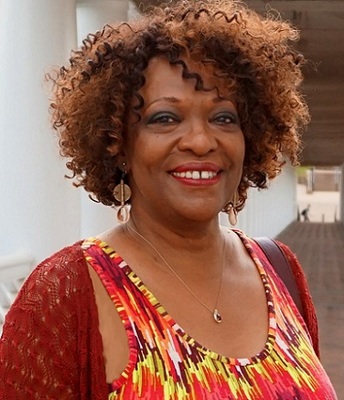 Rita Dove is a Pulitzer Prize winning American poet and writer who broke barriers by serving as the first African American Poet Laureate of Virginia (2004-2006) and Poet Laureate of the United States (1993-1995). She received her BA from Miami University in 1973 and an MFA from the University of Iowa in 1977. She received the National Humanities Medal / Charles Frankel Prize, the 3rd Annual Heinz Award in the Arts and Humanities in 1997, and more recently, the 2006 Common Wealth Award of Distinguished Service in Literature, the 2007 Chubb Fellowship at Yale University, the 2008 Library of Virginia Lifetime Achievement Award, the 2009 Fulbright Lifetime Achievement Medal, the 2009 Premio Capri and the 2011 National Medal of Arts. In 2014 she was honored with the Carole Weinstein Prize in poetry and in 2015, as the first American, with the Poetry and People Prize in Guangdong, China. In 2016 she received the Stone Award for Lifetime Literary Achievement from Oregon State University. Collected Poems 1974-2004, released in 2016, was a finalist for the National Book Award, the winner of the NAACP Image Award in poetry and winner of the 2017 Library of Virginia Poetry Award. In 2021 Rita Dove received the Gold Medal in poetry from the American Academy of Arts and Letters, the Academy's highest honor, as the 16th poet (and only the 3rd female and 1st African-American) in the medals' 110 year history. he annual "Rita Dove Poetry Award" was established by Salem College Center for Women Writers in 2004. In 2022 an official portrait of Rita Dove by photographer Sanjay Suchak, commissioned by the University of Virginia, was unveiled and is prominently presented in the front room of the university's historic Pavilion VII (Colonnade Club) on the West Lawn. Rita Dove is a member of the American Philosophical Society, the American Academy of Arts and Sciences, the American Academy of Arts and Letters, the Fellowship of Southern Writers and PEN American Center. She was inducted into the Ohio Women's Hall of Fame in 1991, and in 2018 she was named one of the Library of Virginia's Virginia Women in History. Dove was born in Akron, Ohio in 1952 and resides in Charlottesville with her husband.