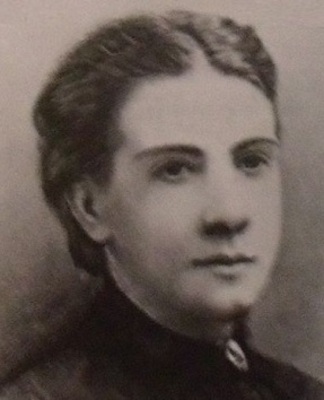 Susan Archer Talley Weiss was born in Hanover County, VA on February 14. A Woman of the Century lists her birth year as 1835, but other sources list it as 1822. Her family moved to Richmond when Susan was eight, and she lost her ability to hear two years later, due to Scarlet Fever.

With the support of her father and her cousin, sculptor Alexander Galt, Susan cultivated her artistic and writing talents. She published in The Southern Literary Messenger when she was eleven and began her writing career. During her career, she contributed many pieces to this prominent Richmond periodical. Susan's work was also available in book form, as Rudd & Carleton published her Poems in 1859. On October 26, The Richmond Dispatch included an advertisement noting that Susan's book was being sold for seventy-five cents at Randolph's Bookstore and Bindery on Main Street in Richmond. The National Era reviewed her book on November 10, 1859.

Her lengthy poem "The Battle of Manassas" was published as a broadside in Richmond on August 3, 1861. However, Susan's personal life was not a happy one and the couple divorced. Focusing on her writing to support herself and her son, Susan penned pieces for newspapers and magazines such as Scribner's Monthly ("Peter Bloch. A Hartz Legend," September 1871), The Aldine ("The Best to Come," June 1875), Century Magazine ("The Last Days of Poe," April 1878), Harper's Magazine (May 1878), Wide Awake (June 1886), and The People's Home Journal (1904). In 1907, Broadway Publishing Company published Susan's The Home Life of Poe. During her later years, she lived in Richmond with her son.

She died there on April 7, 1917, and was buried in Riverview Cemetery.