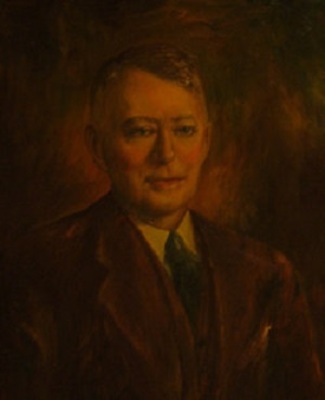 Thomas Lomax Hunter was a lawyer and poet. Born in 1875 in King George County, Virginia, he was the descendant of a Scottish native who immigrated to Virginia in the 1800s.

Hunter attended the College of William and Mary and studied law at Georgetown University. He was admitted to the bar of Virginia in 1908. Between 1918 and 1920 Hunter represented King George and Stafford counties in the Virginia House of Delegates, where he was a supporter of women’s suffrage, compulsory education, and higher education for women, as well as an opponent of Prohibition.

From 1929 until his death in 1948, Hunter contributed a column titled “As It Appears to the Cavalier” to the Richmond Times-Dispatch. He published two books of poetry and was named Poet Laureate of Virginia in 1948.