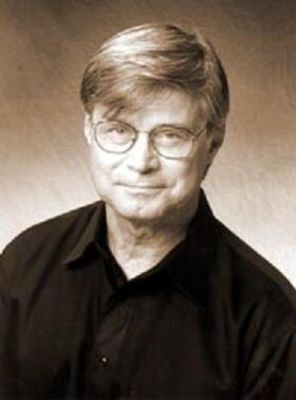 Ron Smith (born 1949) is an American poet and the first writer-in-residence at St. Christopher's School in Richmond, Virginia. He is the author of Running Again in Hollywood Cemetery, Moon Road, Its Ghostly Workshop, and The Humility of the Brutes. In 2005, he was selected, along with Elizabeth Seydel Morgan, as an inaugural winner of the Carole Weinstein Poetry Prize, "which is awarded each year to a poet with strong connections to the Commonwealth of Virginia." He serves as a curator for the prize along with Morgan, David Wojahn, and Don Selby.

His essay reviews have appeared in The Kenyon Review and other magazines and reference work, most recently in The Georgia Review, Blackbird: an online journal of literature and the arts, and H-Arete. He is a regular poetry reviewer for The Richmond Times-Dispatch.

Smith is a former president of the Poetry Society of Virginia and is a trustee for the Edgar Allan Poe Museum. He sits on the board of directors for James River Writers. From 2014 to 2016, he was Poet Laureate of Virginia.