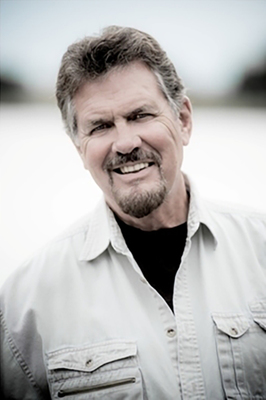 Philip Raisor was born and grew up in Muncie, Indiana, a mythical town before he got there. Two sociologists, Robert and Helen Lynd, published Middletown and Middletown in Transition, which were studies of Muncie as a typical American community. However, Raisor began an atypical life by going to Kansas University on an academic/athletic scholarship (teammate of Wilt Chamberlain), transferring to LSU for a BA and MA (Louisiana was segregated), and eventually attending Kent State for a PhD (an occasionally riotous place when he was there from 1966-69). Although he taught at Valparaiso, Indiana U (Gary campus), and Kent State, the myths of Virginia pulled him to Old Dominion University, where he taught in the English Department for thirty-seven years.

Raisor’s first publication was a short story he wrote as an undergraduate student, which appeared in The Best College Writing, 1961, a national competition. He continued to publish his creative work in The Southern Review, The Sewanee Review, Southern Poetry Review, Poetry East, Poetry Northwest, Kansas Quarterly, New Virginia Review, Tar River Poetry, The Midwest Quarterly, Poet Lore, Chautauqua, and numerous other periodicals and anthologies. His book, Outside Shooter: A Memoir, about basketball, race, and love was published in 2003 by the University of Missouri Press, and Swimming in the Shallow End, his first poetry collection, was published in 2013. Subsequently, Raisor has published five more collections of poetry, and an edited collection of essays on the Pulitzer Prize-winning poet, W. D. Snodgrass. His scholarly articles (Shelley, Browning, Joyce, Faulkner, Snodgrass) have appeared in numerous journals and been anthologized in the Thomas Gale series in Poetry Criticism.

In Virginia, he has served as president of the New Virginia Review, Inc., a state-wide literary and visual arts organization, as a poetry judge for the Virginia Commission of the Arts, and a participant in the Virginia Foundation for the Humanities lecture series. He was instrumental in bringing the home office of the Associated Writing Programs (AWP) to Old Dominion University's campus, where it remained for seventeen years. His retrospective on those years is available in the archives of The Writer’s Chronicle. He was on its Board of Directors. At ODU, he initiated the creative writing undergraduate and graduate programs, the visiting writers series, and the annual literary festival. He is a former chair of the department, now a professor emeritus of English, and lives in Virginia Beach, Virginia, with his wife Juanita.