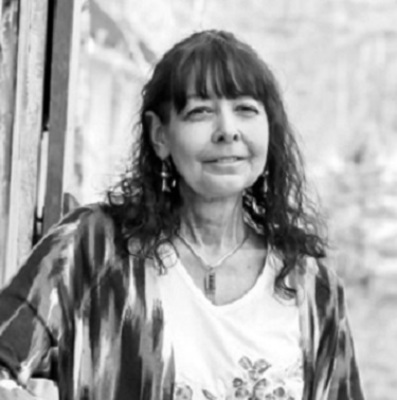 Poet and linguistic anthropologist Karenne Wood grew up in the suburbs of Washington, DC. She earned an MFA at George Mason University and a PhD in anthropology at the University of Virginia, where she was a Ford Fellow. In her poems, she often explores themes of identity, cultural practice, and language within portraits of historical and contemporary Virginia Indians.

Wood was the author of the poetry collections Markings on Earth (2001), which won a Diane Decorah Award for Poetry from the Native Writers’ Circle of the Americas, and Weaving the Boundary (2016). Her work has been included in the anthologies Sister Nations: Native American Women Writers in Community (2002), The People Who Stayed: Southeastern Indian Writing After Removal (2010), Sing: Poetry from the Indigenous Americas (2011), The Willow's Whisper : A Transatlantic Compilation of Poetry from Ireland and Native America (2011), New Poets of Native Nations (2018), and Ghost Fishing (2018)

Wood lived in Arlington, Virginia, until her death in 2019.