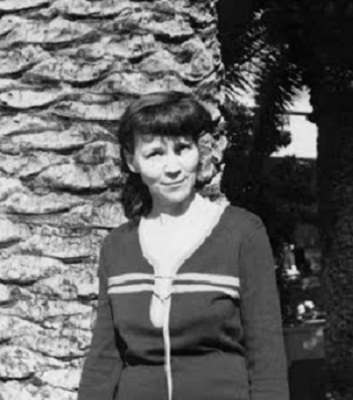 Poet Ruth Stone was born in Roanoke, Virginia, in 1915 and attended the University of Illinois at Urbana-Champaign. She lived in a rural farmhouse in Vermont for much of her life and received widespread recognition relatively late with the publication of Ordinary Words (1999). The book won the National Book Critics Circle Award and was soon followed by other award-winning collections, including In the Next Galaxy (2002), winner of the National Book Award; In the Dark (2004); and What Love Comes To: New & Selected Poems (2008), a finalist for the Pulitzer Prize.

Stone’s first book of verse, In an Iridescent Time, was published in 1959. Shortly after, Stone’s second husband, the promising poet and writer Walter Stone, committed suicide, leaving Stone a widow with three young children. The shock and grief of her husband’s suicide marked her poetry for the rest of her life. She settled in Vermont but for many years moved from one university to another in short-term teaching positions. Stone did not publish her second book, Topography, until 1971 and remained a fairly obscure voice until the series of awards and accolades at the beginning of the millennium drew national attention. In 1990, she became a professor of English at SUNY Binghamton.

Stone’s other honors and awards include two Guggenheim Fellowships, the Bess Hokin Prize, the Wallace Stevens Award, the Shelley Memorial Award, and the Walter Cerf Award for Lifetime Achievement in the Arts. The author of 13 books of poetry, Ruth Stone died in late 2011.