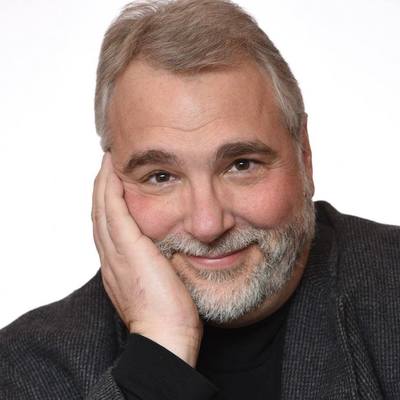 Rich Follett (1960 - ) is a Hofstra university BFA Theatre Arts graduate who has been living and working in Virginia as a poet, educator, singer-songwriter, actor, playwright, musician, and editor since 1981. He holds a Masters degree in Curriculum and Instruction from the University of Phoenix and is a current Ed.D candidate through Walden University. He has been an English, Theatre, Creative Writing, and Mythology teacher for Virginia Public Schools for the past twenty-five years. Since 2018, he has served as the poet laureate for his adopted hometown of Strasburg in the Shenandoah Valley. He has published four collections of poetry: Responsorials (co-written with Constance Stadler, 2009), Silence, Inhabited (2011), and Human &c. (2013) through NeoPoesis Press, and and ekphrastic collection, Photo-Ku: Kigo and Satori at Play in Pixel-Land (2016) through NightWing Publications.

Rich’s poems examine and illuminate common threads of the human experience against rotating backdrops of history, science, mythology, psychology, and art, among others. His work has been featured in numerous online and print publications, including BlazeVOX, The Montucky Review, and the late Erbacce Prize-winning Felino Soriano’s CounterExample Poetics, for which he was a featured artist. Rich is a life member of the Poetry Society of Virginia and a contributor to its centennial anthology; in addition, he has served on review and evaluation panels for both the PSV and the Virginia Commission for the Arts. He has been a guest poet for the College of Southern Maryland, Lord Fairfax (soon to be Laurel Ridge) Community College, Shenandoah University, Handley Regional Library, The Virginia Commission for the Arts, the in the Company of Laureates biennial symposium, and others.