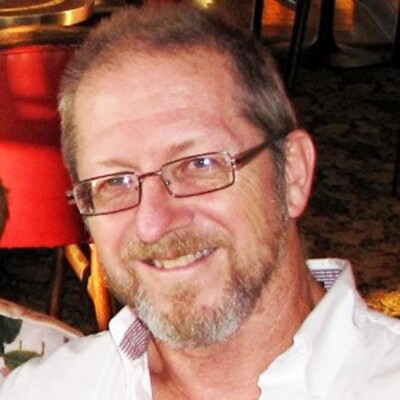 Jim Kacian is an internationally-renowned poet, editor, publisher, public speaker, and organizer. He was born on July 26, 1953 in Massachusetts and has lived in the Shenandoah Valley since 1985. Shortly upon his arrival in Virginia he discovered haiku, the genre for which he is best known. In 1993, he began editing the haiku journal South by Southeast, and in the same year founded Red Moon Press, now the largest and most prestigious publisher of haiku and haiku-related books outside Japan. It currently boasts more than 350 titles in its catalog, and produces a score of new titles each year, including 26 consecutive years of its multiple-award-winning annual Red Moon Anthology. In late 1997 Kacian assumed the position of editor of Frogpond, the international journal of the Haiku Society of America, in which he served for seven years, broadening the size and reputation of the journal while introducing poets from around the world into its pages. An advocate of global haiku, Kacian co-founded the World Haiku Association in 1999. In 2000 he traveled literally around the world, visiting nine countries on three continents, and participating in the establishment the national haiku organizations in six. In 2005 he began work on The Haiku Foundation, a non-profit organization whose two-part mission stated “to archive our first century of English-language haiku; and to expand possibilities for our second.” It was officially chartered in the Commonwealth of Virginia on January 6, 2009, and in 2015 added a third prong to its mission: “to seek active exchange with other haiku languages and cultures around the world.” It is now the single most important site dedicated to haiku in the world.

Kacian has authored several of the seminal texts of English-language haiku of his generation, which have greatly influenced the writing, as well as the study, of English-language haiku. These include Presents of Mind (Katsura Press, 1996), Six Directions (La Alameda Press, 1997), long after (alba libri, 2007, reconceived as a film book in 2022), after/image (Red Moon Press, 2017), and the endangered C: playing with language, typography, space (with Terry Ann Carter and Claudia Brefeld, Red Moon Press, 2021), among others, as well as a series of award-winning chapbooks. Kacian also conceived and served as Editor-in-Chief of the definitive work in its field, Haiku in English: The First Hundred Years (Norton, 2013), and authored its extensive overview and history of the genre. He has won virtually every award available in the genre, and subsequently has served as judge to nearly all. He is president and chairperson of the board for The Haiku Foundation, and serves on the board of directors for the American Haiku Archives.

He has also published fiction and non-haiku forms of poetry, and is working on a language-based children’s bestiary with Danish/Portuguese artist Corine Timmer. He is also an award-winning translator in several languages, especially of Romanian poetry (with translator partner Olimpia Iacob), and Balkan, Western European and Japanese haiku. He loves ocean kayaking and has paddled on three continents. He submits that none of this would be possible without the support of his partner of 30+ years, Maureen Virginia Gorman.

Kacian has edited several books and anthologies and has been a featured speaker at many conferences around the world.

The following poems are available for reading: