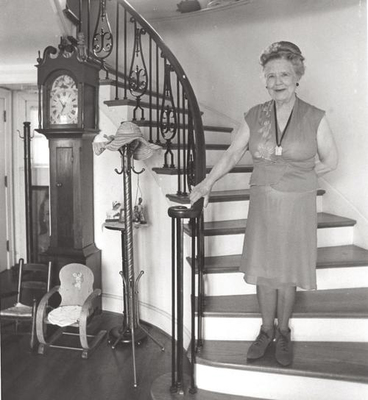 Born in 1907, Ruby Altizer Roberts authored two volumes of poetry: Forever Is Too Long (1946) and Command the Stars (1948). From 1952 until 1977, she was the owner and editor of The Lyric (the oldest poetry magazine in North America, established in 1921 by John R. Moreland of Norfolk, a founding member of the Poetry Society of Virginia). She was a direct descendant of Revolutionary War soldier, Emera Altizer — who fought in the battle of Yorktown.

Her poetry appeared widely on postcards, in magazines, and in newspapers including the Washington Post and the New York Times. Roberts was the first-ever woman poet laureate in Virginia in 1950, as well as one of the first female state laureates in the nation. She was re-appointed as Poet Laureate Emerita in 1992. She passed away in 2004 at the age of 97.