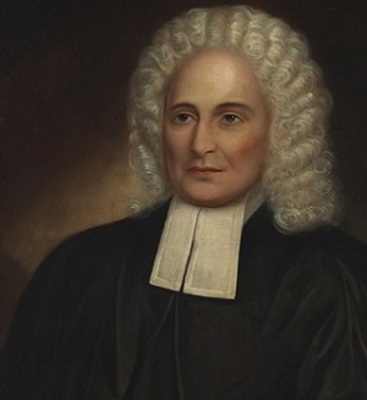 Samuel Davies (November 3, 1723 – February 4, 1761) was an evangelist and Presbyterian minister. Davies ministered in Hanover County, VA from 1748 to 1759, followed by a term as the fourth President of Princeton University, then known as the College of New Jersey, from 1759 to 1761. Davies was one of the first non-Anglican preachers in Virginia and one of the earliest missionaries to slaves in the Thirteen Colonies. He was a strong advocate for religious freedom and helped to institute significant religious reforms in the colony.

Davies was also a prolific writer, authoring several hymns and publishing a book of poetry. Musicologists credit Davies with being the first American-born hymn writer. Davies followed the lines of Isaac Watts, and while his verses are considered "solid, but somewhat dry and heavy," several of his hymns maintained popularity in American hymnals into the twentieth century. Two of his most popular hymns are "Eternal Spirit, Source of Light," and "Great God of wonders, all Thy ways.” In 1752, Davies had a collection of his poems published in Williamsburg, titled Miscellaneous Poems, Chiefly on Divine Subjects. Davies' poems were written in the meditative style of Edward Taylor, although his attempts at putting "sublime evangelical rhetoric into couplet form" produced writing that had a "cramped" style.