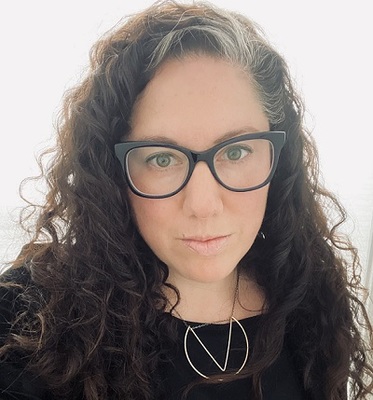 Erika Meitner was born and raised in Queens and Long Island, New York. She attended Dartmouth College (for a BA in Creative Writing and Literature), Hebrew University on a Reynolds Scholarship, and the University of Virginia, where she received her MFA in Creative Writing as a Henry Hoyns Fellow, and her MA in Religious Studies as a Morgenstern Fellow in Jewish Studies. She has received additional fellowships from MacDowell, the Wisconsin Institute for Creative Writing, the Virginia Center for the Creative Arts, the Hermitage Artist Retreat, Blue Mountain Center, and Bethany Arts Community. She was also the 2015 US-UK Fulbright Distinguished Scholar in Creative Writing at the Seamus Heaney Centre for Poetry at Queen’s University Belfast, and is currently a 2022 Virginia Commission for the Arts Fellow. Her poems have been anthologized widely, and have appeared in publications including The New Yorker, Poetry, Orion, The New York Times Magazine, The Southern Review, The Believer, The Kenyon Review, The New Republic, Ploughshares, and APR. She also creates larger-scale documentary photo/text projects on urban environments, including “This is Not a Requiem for Detroit,” “RNC CLE,” and "Reimagining Magic City," for Virginia Quarterly Review.

Meitner is a first-generation American: her father is from Haifa, Israel; her mother was born in a refugee camp in Stuttgart, Germany, which is where her maternal grandparents settled after surviving Auschwitz, Ravensbruck, and Mauthausen concentration camps. Meitner is currently a Professor of English at Virginia Tech, where she's taught since 2007.